Turaco Music is a dynamic creative arts booking agency based in London, UK producing tours and publicising projects in the creative and improvised musical arts

Turaco Music artists have varied performance portfolios, operating as sidemen as well as bandleaders. We advise fans to always check the artist's website for the most accurate information about upcoming shows. Turaco Music works on a project basis; some of our most exciting upcoming performance projects...

Turaco Music is pleased to announce the release of Tom Harrison's second album 'Unfolding In Tempo' in partnership with Lyte Records. The long-awaited live album documents two nights of Harrison’s hugely successful national tour of February 2016 which received high praise from the media, including features on BBC1, in Time Out and Jazzwise Magazine.... 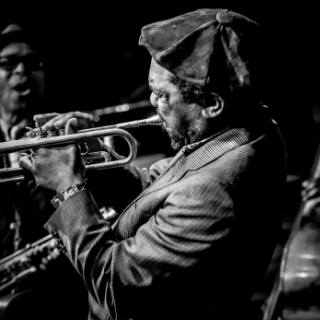 The turaco, a relatively common bird in sup-tropical climates, is a creature of immense diversity; each species distinguishes itself by it's unique and brilliant plumage, the crimson varieties are treasured as status symbols by Zulu Royalty.

Turaco Music aims to deliver and promote diverse performance projects of the utmost artistic integrity. Using the work of it's outstanding, internationally-recognised performers, Turaco Music aims to maintain a sustainable and forward-looking business model for establishing new value for art in both local and national communities.

By forging strong links with like-minded promoters, sponsors and media, our ultimate goal is to foster a greater understanding of jazz and improvised music across the United Kingdom.

Get in touch with Turaco Music

Whether you are an established artist looking for representation, or an emerging talent with questions, we would love to hear from you. We endeavour to respond to all enquiries. If your query is regarding a current booking or promotion, please email bookings@turacomusic.com